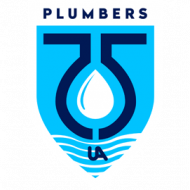 The November 2022 Plumb Line Newsletter is out! Log into the MEMBERS ONLY section to read.

Upcoming Continuing Education and Certification courses have been posted. Log into the MEMBERS ONLY section to register.

Milwaukee Board of School Directors has an open position for – Plumber.  Follow link below for details.  You can call Vince if you have any further questions

Meet our staff at the Plumbers Local 75 Care ATC Clinics in Germantown and Greenfield.

Make your appointment today for your Biometric Screening!

Are you looking for a career in plumbing in Wisconsin?

Enter our Career Portal to start you on the right path to a rewarding career!

See what is going on at Plumbers Local 75!

Today, Plumbers Union Local 75 enjoys a reputation of credibility and strength in the building trades. But such a reputation didn’t happen overnight. It was established over a century through the struggles, hard work and foresight of its members.

In 1890, plumbers called an organizational meeting and sought to petition the American Federation of Labor for affiliation. Their request was granted, resulting in the establishment of Plumbers Union #5145.

As a result of its tradition of compassion and dedication, Local 75 has grown to a current membership of approximately 2000.